With so many games and players to choose from, it can be difficult narrowing down your favorite. This list of the best League of Legends players will point you in the right direction as they’ve been given their dues as one of the highest-ranked gamers on Summoner’s Rift. 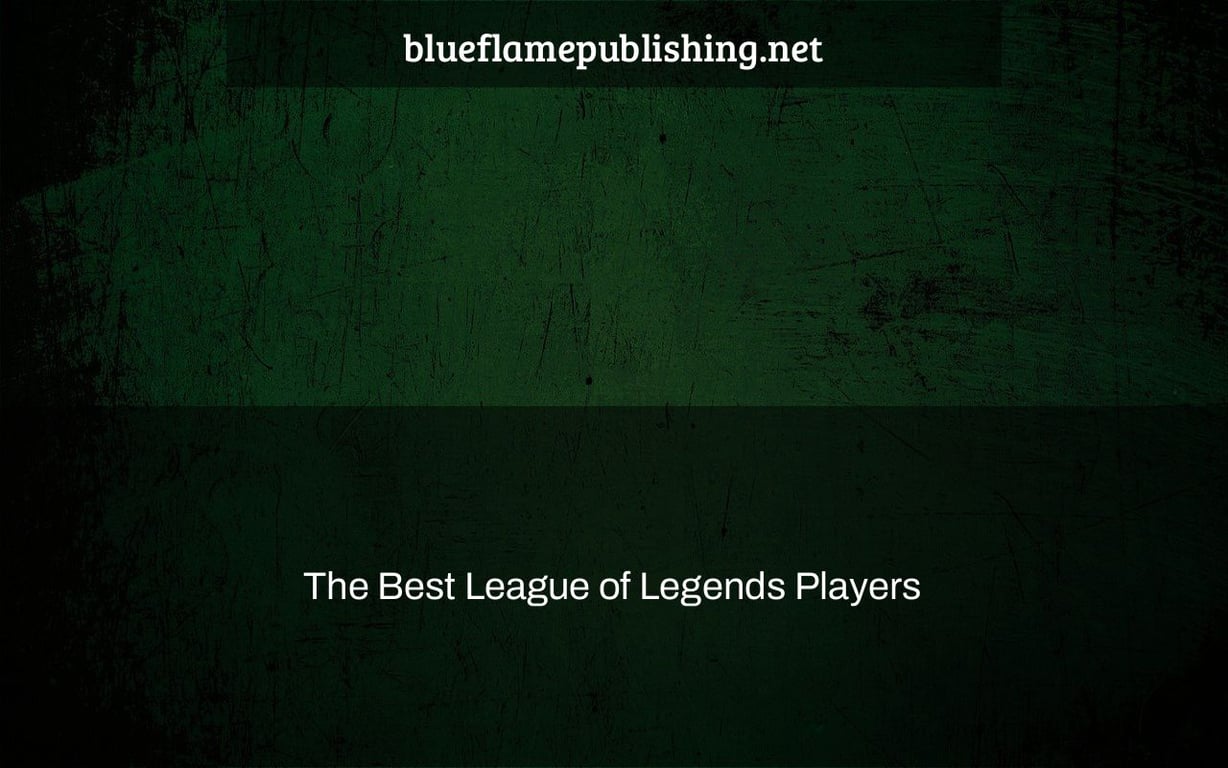 While some players have left their imprint on the game by winning a position in the World Championships, others have made their stamp on the game just by their tremendous skill. Over the years, this world-renowned game has produced a plethora of skilled players; nonetheless, only a select few have mastered and transformed the game enough to reach the top.

Who do you think is the greatest League of Legends player right now? Many outstanding players competed in the 2021 League of Legends World Championship competition, but we’ll focus on the top five individuals whose abilities shone out the most this year.

The Steamroller is a steamroller. 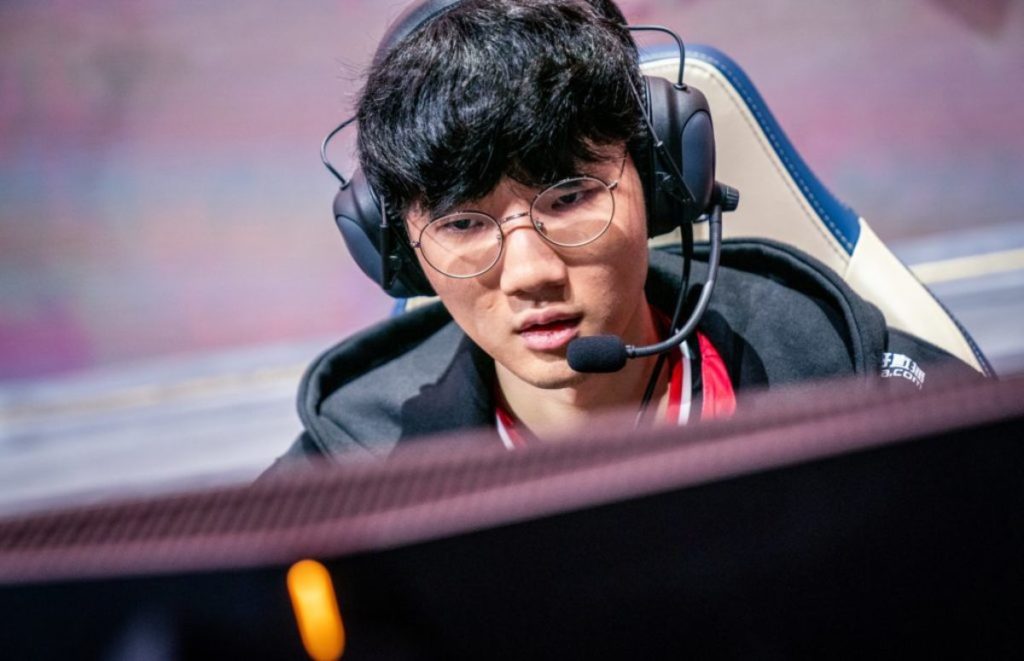 With his steady and outstanding bottom lane exploits, Viper led his team to triumph this year. His aggressive playstyle is excellently complimented by his teammates, allowing him to climb in the late game and become unbeatable. It’s clear to see why he’s regarded as one of this generation’s top ADCs.

His tremendous damage output, along with his ability to scale with a broad range of champions, makes him a highly adaptable and dependable player. He shines in teamfights and two-on-two confrontations, and he gets along swimmingly with his teammates, who provide him with the opportunities he needs to dominate the rift.

He won the tournament as Aphelios in the fifth and final game against DWG Kia, with a remarkable KDA of seven kills, one death, and seven assists. He is one of the top League of Legends players in the world today because of his ability to seamlessly play off of his team’s strengths in order to retain his position as the attack damage carry throughout the game. 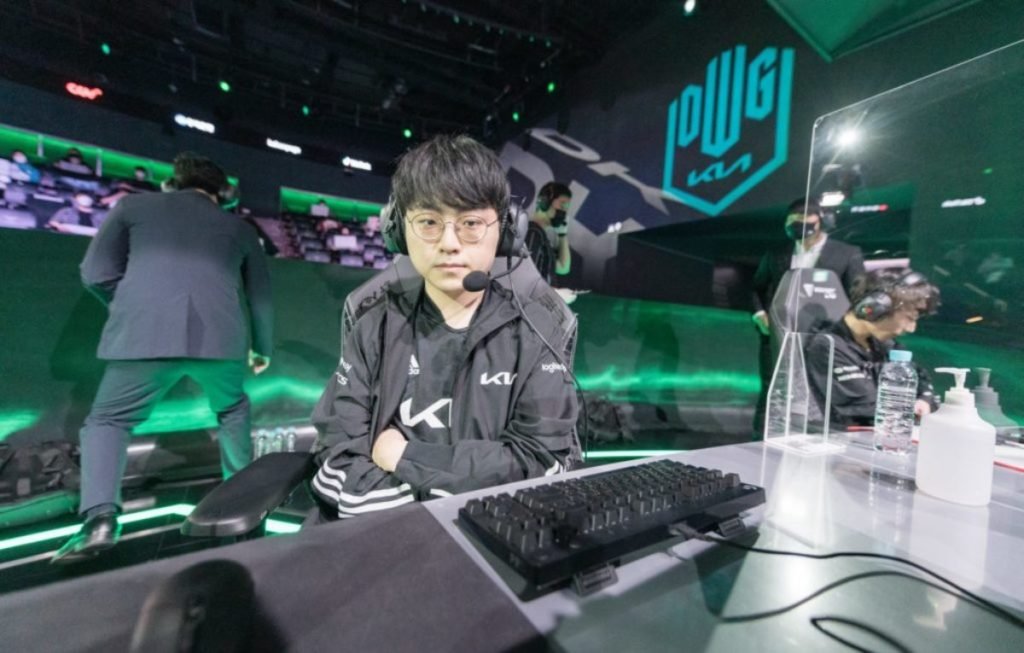 Showmaker was DWG Kia’s most important player and a one-of-a-kind mid-lane carrier. His squad finished second in the World Championships this year. His high KDA distinguishes him as a reliable and important player. He’s a tough and dependable runner who can save his team from a bad situation and lead them to victory.

Showmaker and other mid-laners define winning teams because of their ability to strengthen their teammates via their leadership. Showmaker has won approximately 200 games for the DAMWON organization since the start of 2020, which is more than most players will win in their entire careers. Showmaker has already established himself as one of the finest League of Legends players the game has ever seen, having won the 2020 Worlds Championship.

Showmaker’s outstanding high-KDA performances as Malzahar and Sylas in the finals versus EDward Gaming helped his side win two out of five games. Showmaker departed DWG Kia on November 15th, just after World’s finished. 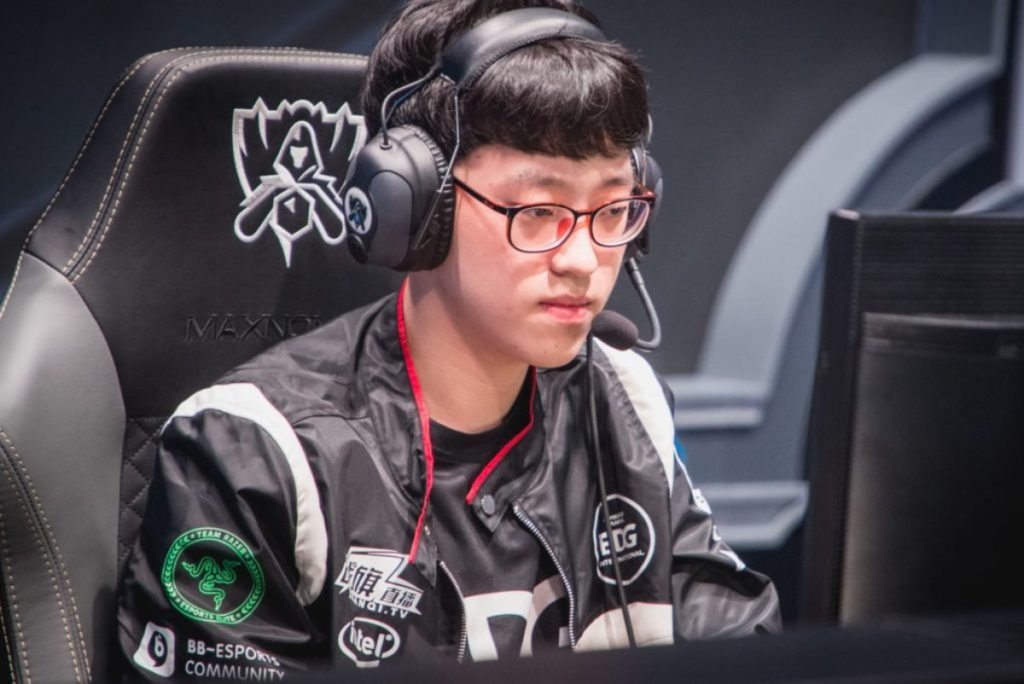 Despite the fact that he has been a top tier contender in League of Legends for a long time, he struggled to lead the team when several of EDward Gaming’s key players departed. With his cautious and precise playstyle, he has been able to control the rift in the mid-lane after overcoming his team’s developing difficulties.

His ability to manipulate the map with his macro talents distinguishes him. He understands when to roam and how to manage teamfights well, while playing extremely conservatively throughout the laning phase. His careful and cautious attitude makes him both important and dangerous.

Scout produced a brilliant comeback with Zoe in the fourth and fifth games of the finals against DWG Kia. Scout melted the competition in the fifth and final game with Zoe’s lethal skill shots, finishing with five kills, one death, and eight assists. 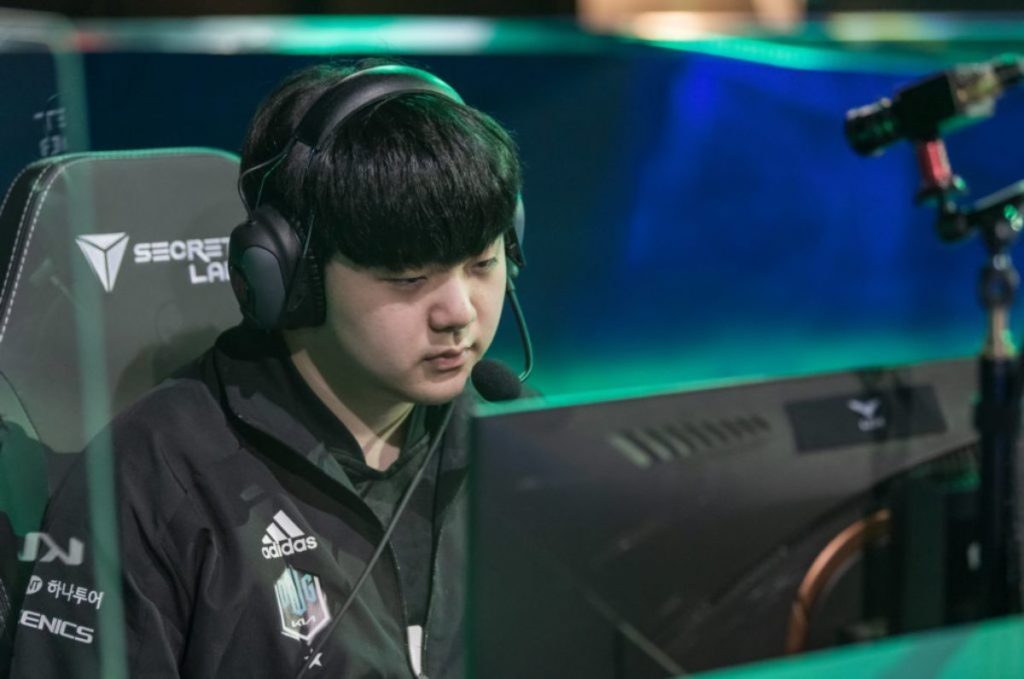 Canyon, like his colleague Showmaker, has paved the door to win for his teammates by enhancing their overall strength via his great jungling abilities. After winning the 2020 Worlds Championship alongside Showmaker, he cemented his reputation as one of League of Legends’ finest junglers. His damage and KDA figures are tremendous, and his performances are only enhanced by his teammates.

Canyon’s ability to carry with a broad range of champions, as well as his outstanding micro and macro abilities, make him an invaluable asset. His incredible timing, consistency, and execution also maintain him towards the top of the list when it comes to ganks and team fights. He’s recognized for champions like Lee Sin, Gragas, and Jarvan IV, who may have a big impact in the early game.

With his amazing high KDA performances as Qiyana and Lee Sin in the finals versus EDward Gaming, he helped capture two out of five games. On November 15th, just after Worlds finished, he too chose to depart DWG Kia. 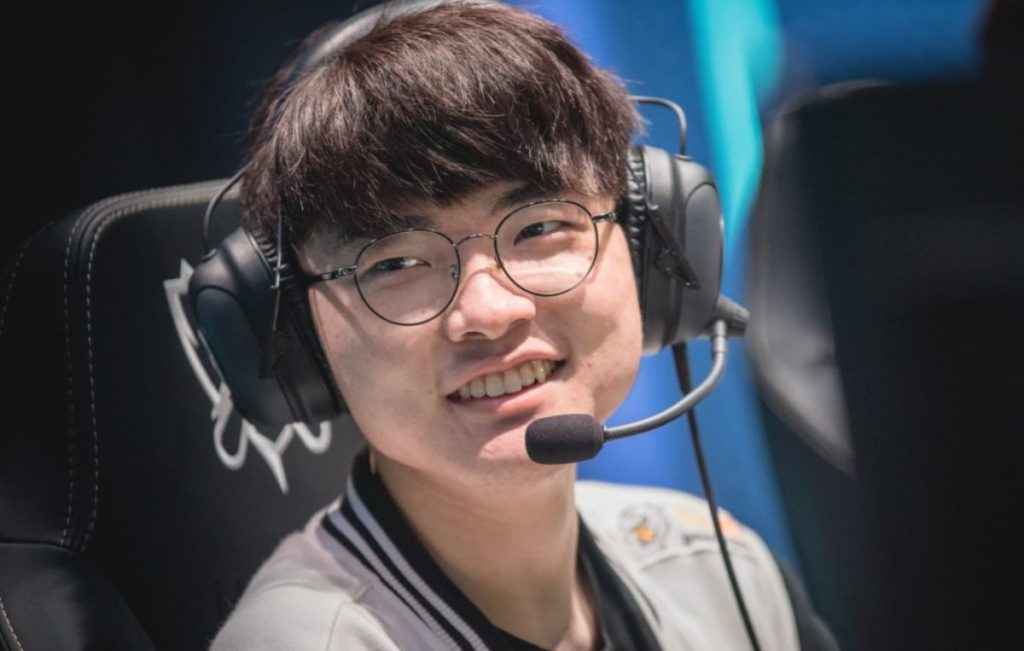 This three-time World Champion continues to dominate the field today. Despite the fact that the mid-lane has been flooded with fresh and amazing talent in recent years, Faker’s famous mid-lane performances maintain him well ahead of many of his up-and-coming competitors.

Faker advanced his team to the playoffs this year by beating Chovy of Hanwha Life Esports, one of League’s most promising up-and-coming mid-laners. Although Faker’s squad was unable to defeat Showmaker in the playoffs, they finished fourth overall.

While Faker’s mid-lane talents remain among the best in the world, his squad is full of rookies this year, making it difficult for T1 to stay up with teams who are more skilled overall, such as DWG Kia. Nonetheless, Faker’s ability to advance to the semifinals despite his team’s losses shows that he and T1 still have a lot of work ahead of them.

Now, who is the finest League of Legends player that has retired? Many retiring players’ League legacies have lasted the test of time, but the five players included below have actually revolutionized the game with their unique playstyles. 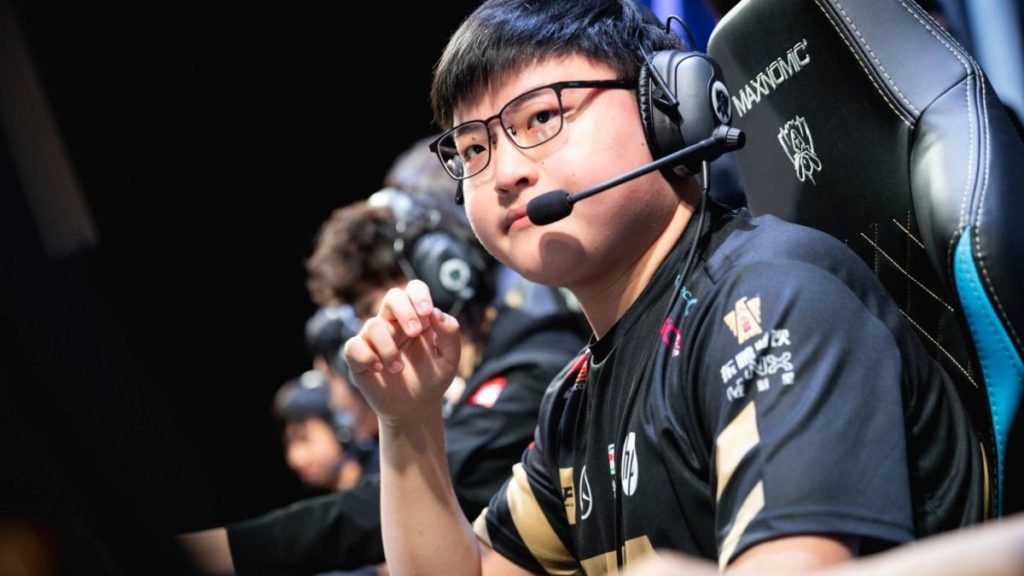 Due to wrist ailments and shoulder issues, his career was cut short from 2012 to 2020. He has never won a World Championship, although he has made it to the finals twice and has competed in six. He also took home two LPL trophies and the 2018 Mid-Season Invitational.

He was a pentakilling machine that had the highest CS/M in every LPL season he played in since 2015. He couldn’t lose lane because of his commitment to his team and his outstanding communication abilities. He still plays the game and broadcasts on a daily basis nowadays. If his health improves, there is a chance he may return to the Esports scene.

Icon of the Top Lane 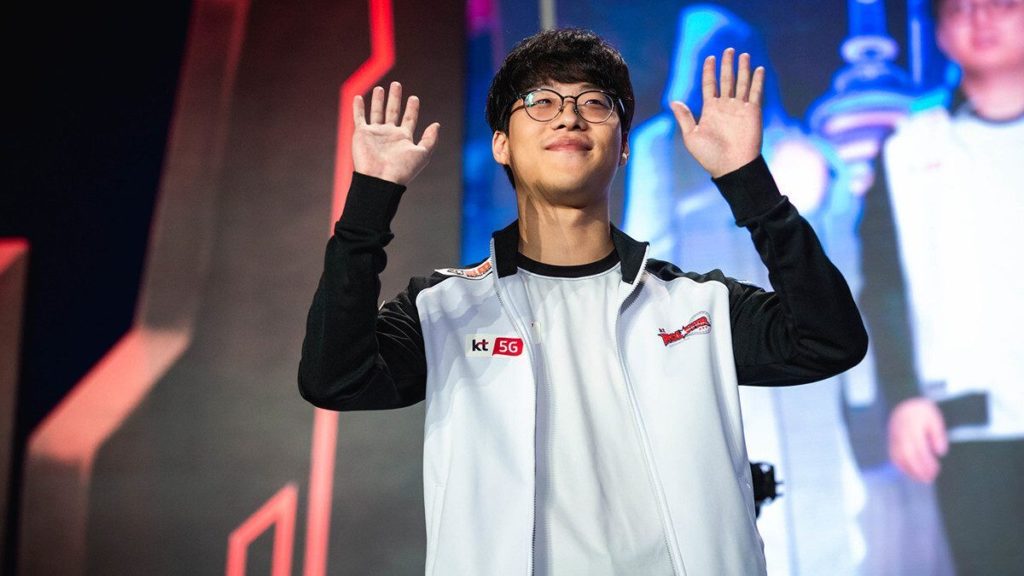 Smeb is one of the most well-known LCK Top Laners. He has four regional championships and is a two-time regular season MVP despite never having won a World Championship. In addition, he is the first top laner in the LCK to accomplish 1,000 kills. He became one of the finest players to ever grace the top lane because to his outstanding mechanical talents.

During his stint with the ROX Tigers, Smeb was the most popular. During this time, he and his colleagues did all in their power to dethrone Faker and SKTT1. Despite the fact that ROX Tigers fell to SKT in the 2016 Worlds semifinals, it was a significant achievement in Smeb’s career.

He began his career in 2013 and plans to retire towards the end of 2020. He participated in 606 matches during the course of his career, winning over 350 of them. He, like Uzi, has turned into a streamer. 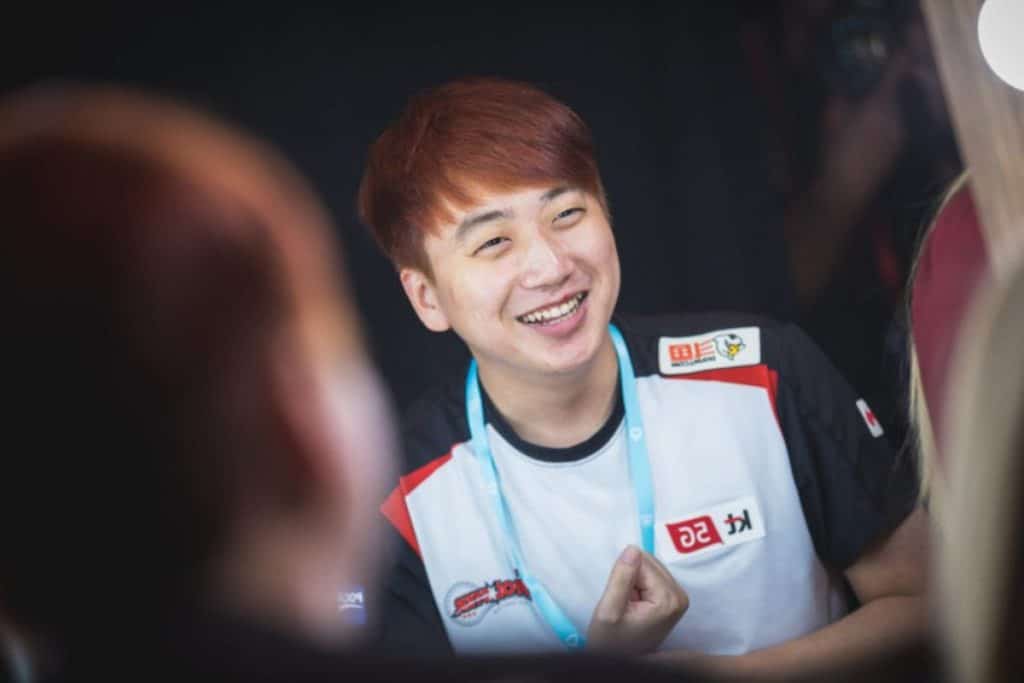 Score, who used to go by the name Joker, is one of League of Legends’ top Junglers. He was a top laner for StarTale when he was known as Joker, but KT Rolster was the team with whom he spent the most of his career. He was dubbed “The Heart of KT” during his stint with the club.

His jungling technique was simple, yet smart and efficient. He was cautious and focused on building the best vision for himself and his team, as well as preparing his teammates for great plays. However, he was often trapped in second position, owing in large part to Faker and SKT.

Score persevered despite his losses, eventually winning an LCK championship with Nocturne in 2018. He chose to retire in 2019 shortly after this triumph. While some consider Bengi, SKT’s former jungler, to be the finest jungler of all time, Score’s perseverance, teamwork, and trademark playstyle have earned him a place alongside, if not ahead of, Bengi. 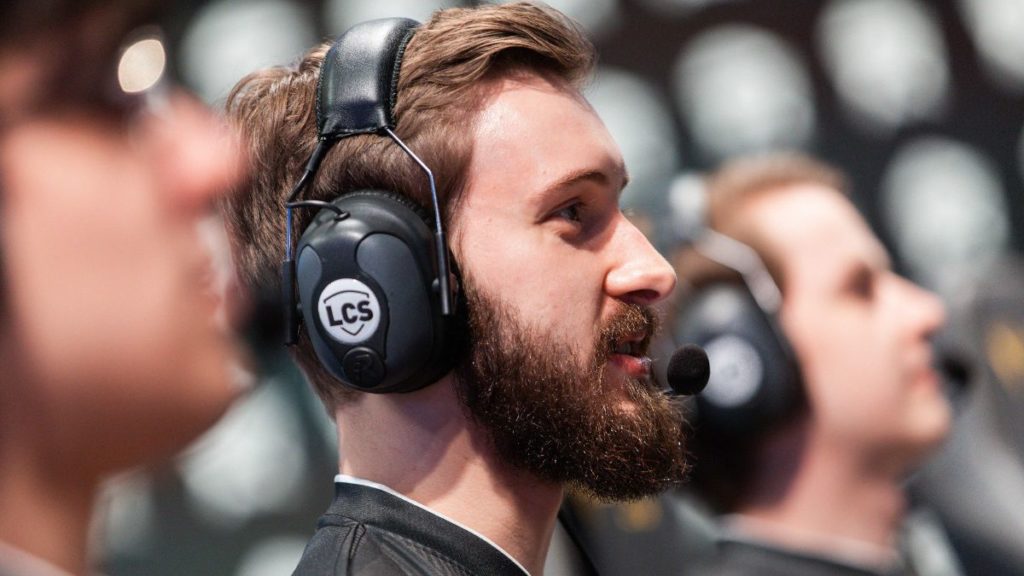 Bjergsen is most recognized for his stint with TSM, which he spent between 2014 and 2020. He was regarded as one of the greatest mid-laners in the NA LCS at the time. With TSM, he has won six LCS championships and competed in the World Championship five times.

His slow, precise, and adaptive playstyle earned him a devoted following and four MVP honors over four seasons. He’s also recognized for being the first player in the EU LCS to achieve a pentakill. Syndra, who he usually used to control the rift, was utilized to accomplish this hallmark move. He could work with a broad range of champions and was a dependable mid-lane carry.

He became the head coach at TSM after retiring from professional football in October of 2020. He does, however, want to return to the Esports scene in 2022.

Support from the Gods 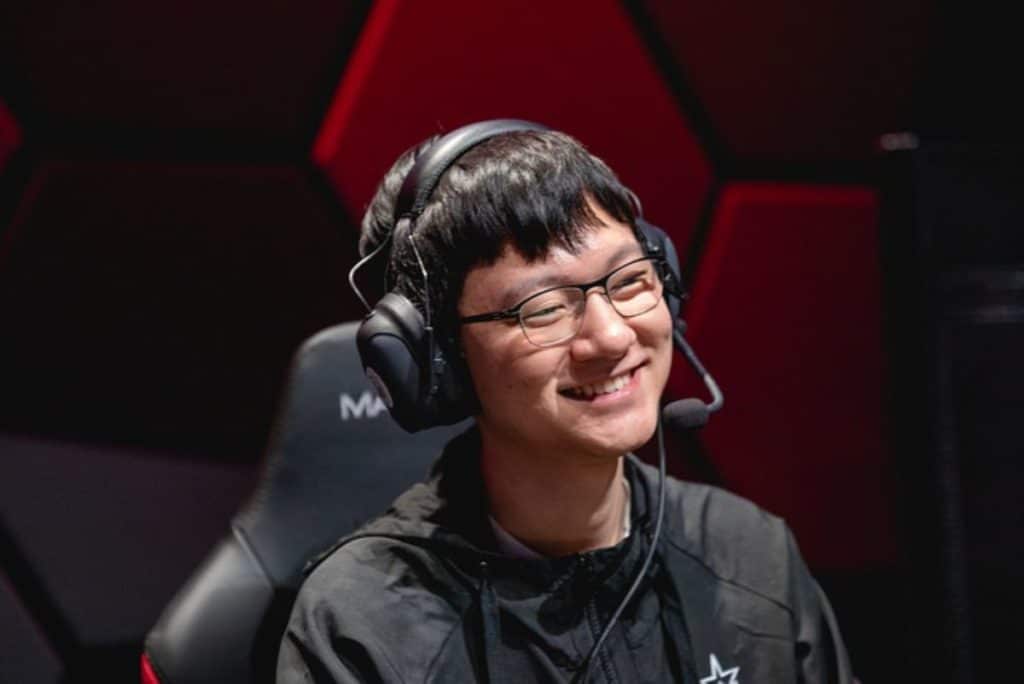 Madlife was regarded as one of the finest League of Legends supports ever. With hook heroes like Blitzcrank and Thresh, his timing was unsurpassed. In the Season Two World Championship, he and his first team, MiG Frost, which was renamed Azubu Frost, finished second.

His support abilities earned him the moniker “Madlife is God” during his tenure with MiG. He was noted for hitting godlike skillshots with Blitzcrank and Thresh. He’d wait for champions to use their flash, then shoot in the direction they’d fall and strike them dead on. His unwavering precision made him one of the greatest supporters of all time.

Despite his abilities, Madlife’s professional League of Legends career was marred by failures. He became a Hanwha Life Esports broadcaster after announcing his retirement in June 2018. He did, however, decide to quit Hanwha Life Esports on October 31st of this year.

Be a part of the High Ground

In League of Legends nowadays, there are many up and coming players that are swiftly building a reputation for themselves. We witnessed several significant players give fantastic performances for their teams in this year’s Worlds Championship competition, but it was ultimately EDward Gaming who grabbed the title. Leave a comment telling us who your favorite League of Legends player is, and don’t forget to follow us on social media and sign up for our newsletter.

The “best league of legends team” is a question that has been asked many times. This article will give you the top 10 players according to their stats, skills, and popularity.

Who is the best League of Legends player ever?

Who is the number 1 player in LoL?

A: At the moment, in 2018, there are two players who have achieved this feat. They are Faker of SK Telecom T1 and Bjergsen of Team SoloMid.